How to Grind without Grinding your Kingpin Down 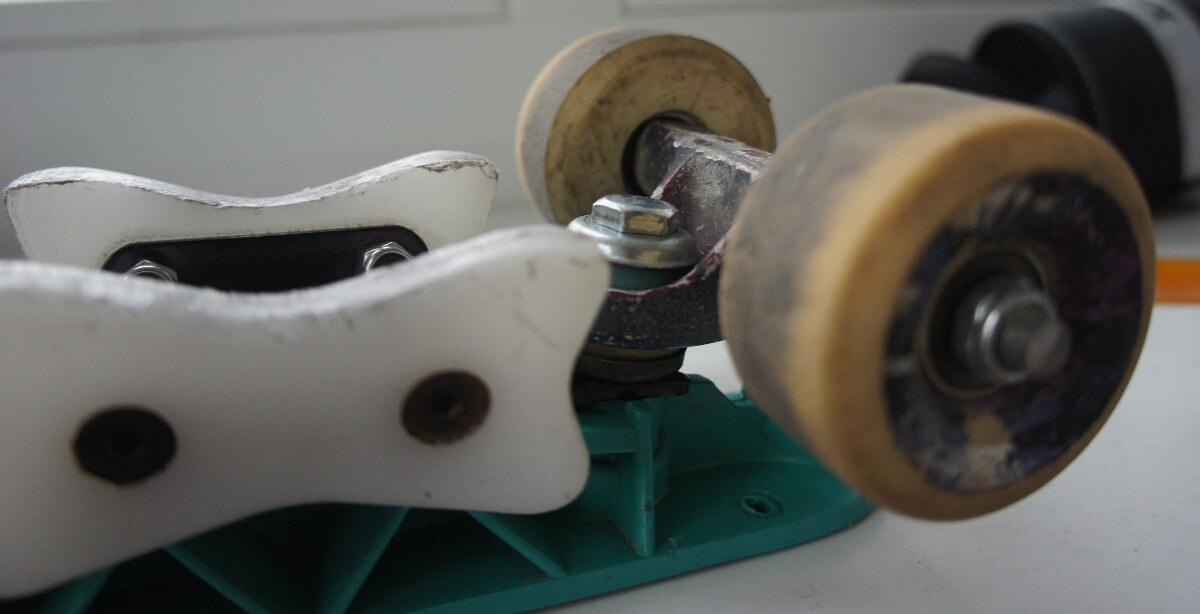 I love my Penny trucks, but last weekend decided I wanted to start learning how to grind on them, but that was unfortunately not possible because my kingpin was so long it extended past the trucks and got in the way. 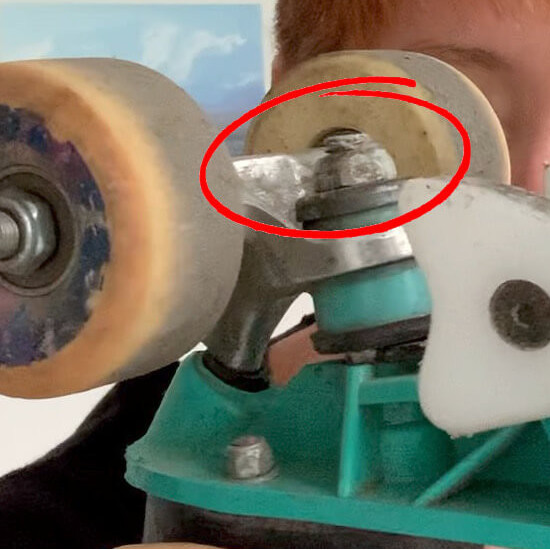 Sorry for creepy image, I forgot to take a pic and only have video still

TLDR; most people will cut the kingpin but I think the easiest solution is to buy a kingpin that is around 50mm, like that for the Chaya Shari (52mm) or Sushi skateboard trucks (50mm) (I think? I haven't seen the Sushi kingpin in real life) and flip it around, OR go to the hardware store, buy a 3/8" hex bolt that is just under 50mm (and lock nuts!), and put it facing the same way. Make sure it's right around 50mm though, because I also tried a 45mm, and that was definitely too short.

I have made an tutorial video which covers everything in this blog post. If you prefer watching to reading, check it out!

IMPORTANT: Make sure that you also get a nylon lock nut that fits this hex bolt, because different brands actually use different threading for the kingpin. According to this Skatelog post, Sunlite uses 3/8" X 16 UNC, Sure Grip uses 3/8" X 24 UNF, and I don't know what Chaya or Powerdyne use.

The rest of this post is just pictures and details for nerds about what people say, what I tried, and how it worked.

How to Grind on Penny Trucks and Sunlite Plates

Since I know that Penny trucks and Sunlite plates are a common park combo, I also knew there had to be an accepted solution to this problem, so I went to the internet to find it. What I learned is, most people will cut or file down the kingpin with one of the following tools:

As I've mentioned in a few videos, I do not enjoy cutting metal with a dremel tool because the sparks and wheels fly at my face and it's just not fun. I also didn't want to file them by hand because they would take forever (my insane friend Muffin told me she counted and it took 4,000 drags with the file).

How to Shorten a Kingpin Without Power Tools

Of course every roller skate plate is (annoyingly) a little different from the others, so what I did might not be applicable to what you're riding. But I do think this is useful information for other Sunlite plate owners.

The Sunlite kingpin is a hex bolt, 3/8" X 16 UNC. It is a little different from the ones you'll get at a hardware store, because it has these striations around the top. By my measurements it's just over 55mm long, maybe around 56 or 57.

You can remove this kingpin pretty easily with a hammer.

Now, you have a few options. You can:

When I took a closer look at my truck assembly, I noticed that the generic cushions I was using were actually a little too tall, and preventing the truck from sitting down as low as it should. I had been skating this way all year with no issues, but I have heard of some people's trucks popping out of the plate, so I didn't want to flirt with disaster. 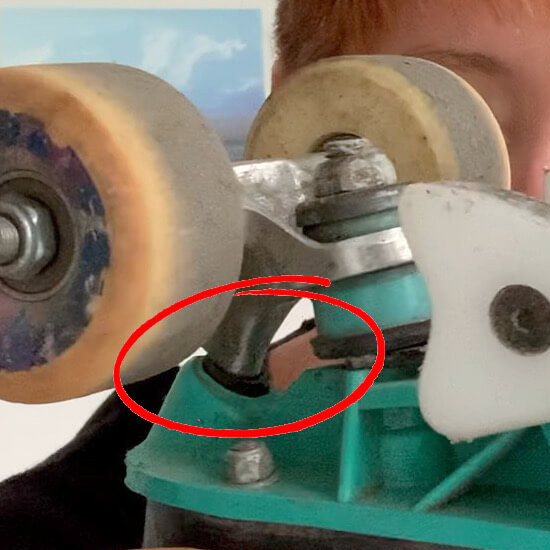 Hard to see, but the truck is sitting too high and not getting into pivot cup deeply enough

To solve this problem, some people cut down their cushions, or some people recommend using Rollerbones skate cushions, because they are a little shorter than standard roller skate cushions. Maybe this is a bad idea, but just to correct the plate geometry on the fly, I used double conical cushions, instead of the typical cone/barrel combo, and that also did the trick. 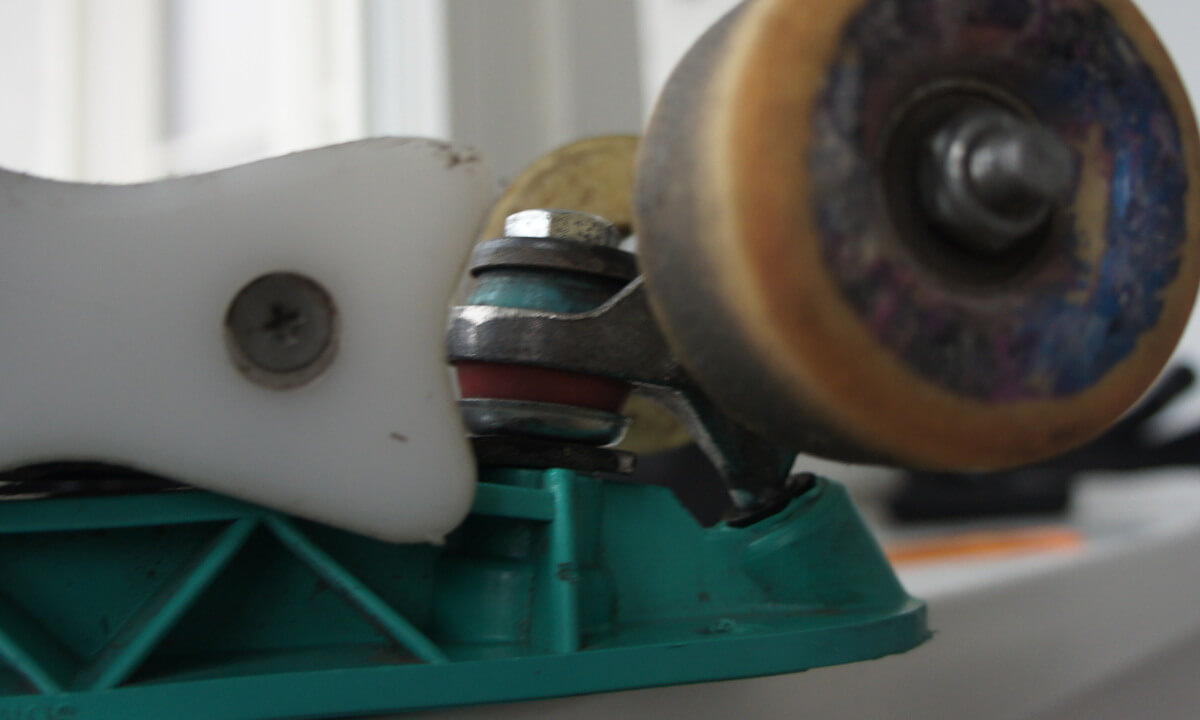 Okay well now my plate geometry was correct, but in order to get my trucks tight enough that they weren't flopping around, I had to screw it in so much that the kingpin would be cutting into my boot.

With smaller cushions, simply reversing the Sunlite Kingpin would cause it to cut into my boot

The Sunlite kingpin was only a few millimeters too long. Fortunately, I had a spare set of Chaya Shiva kingpins (52mm) on hand. Replacing the 57mm Sunlite kingpin with a 52mm Chaya Shiva kingpin—and inverting them—is one way to solve this problem. The reason why I'm stressing the inversion with Chaya is because when I put them in the same direction the Sunlite had been, it was still just a teeny tiny bit too long to grind on. 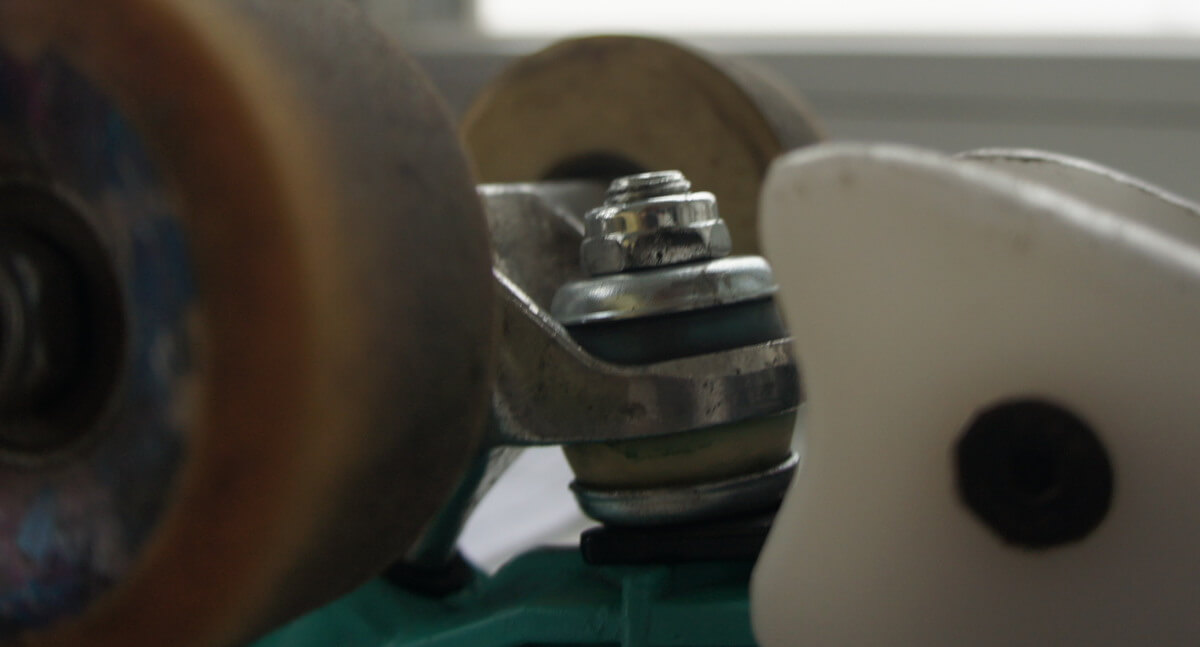 52mm Chaya Shiva kingpin is just a tiny bit too long to use in the common direction. style

A Warning about Inverting a Kingpin

As long as all the parts fit, there's no problem with flipping the kingpin around to turn a standard kingpin like a Sunlite plate to an inverted kingpin setup. BUT I strongly suggest that you lightly glue the lock nut into the plate. You don't need to affix it forever, just make it want to stay in place. The reason for this is because with an inverted kingpin, every time you want to change your setup—ie any time you replace the cushions, pivot cup, or grind blocks—you will need to remove the entire assembly. If the nut is not affixed in place, it might get loose and rattle around, requiring you to remove the plate to get everything back in place.

I don't know. I bought 2 hex bolts from the hardware store to try, one 2" (50.8mm) and one 1.75" (44.45mm). The 44mm hex bolt and it was too short for both styles, both the inverted and standard kingpin. My 50mm was just barely too long to be used in a standard position, but worked fine as an inverted kingpin. I'm thinking 48mm would be okay for either style, but I don't know for sure.

Buy a set of Chaya Shari (52mm) or maybe two sets of Sushi skateboard trucks (50mm) (I think? I haven't seen the Sushi kingpin in real life) and flip them around. Enjoy. 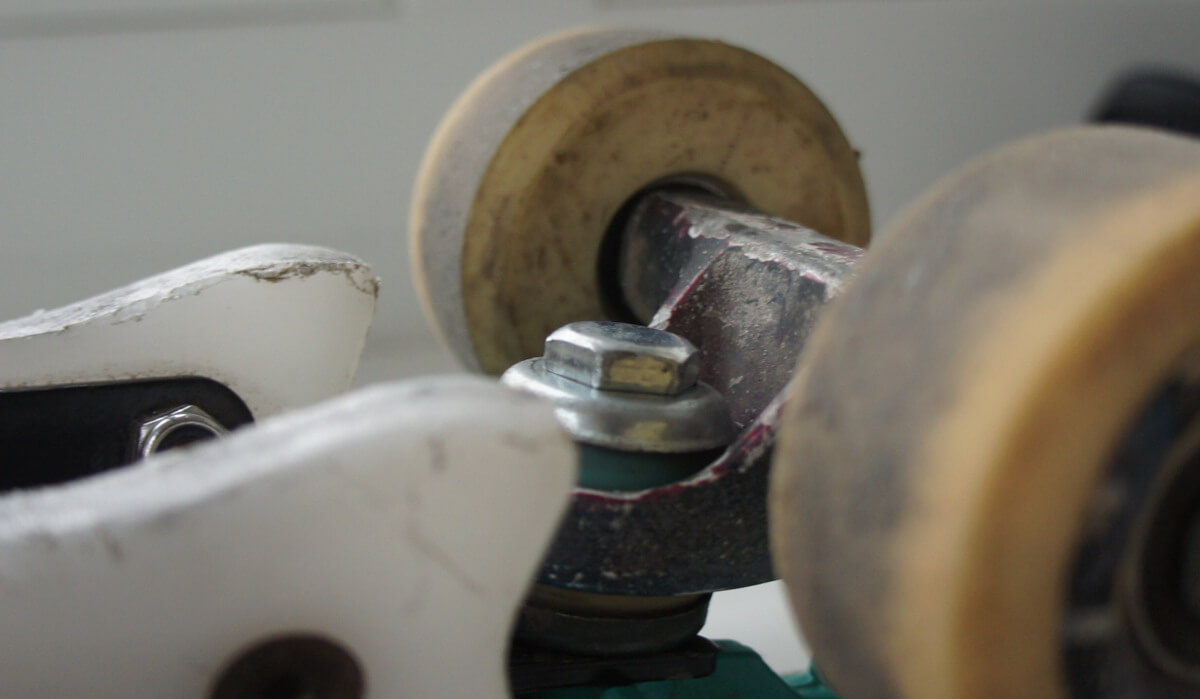 52mm Chaya Shari kingpin is a perfect fit for the "inverted kingpin" style, leaves plenty of space for grinding

Just a site about DIYing your roller skates and gear, especially for park skating